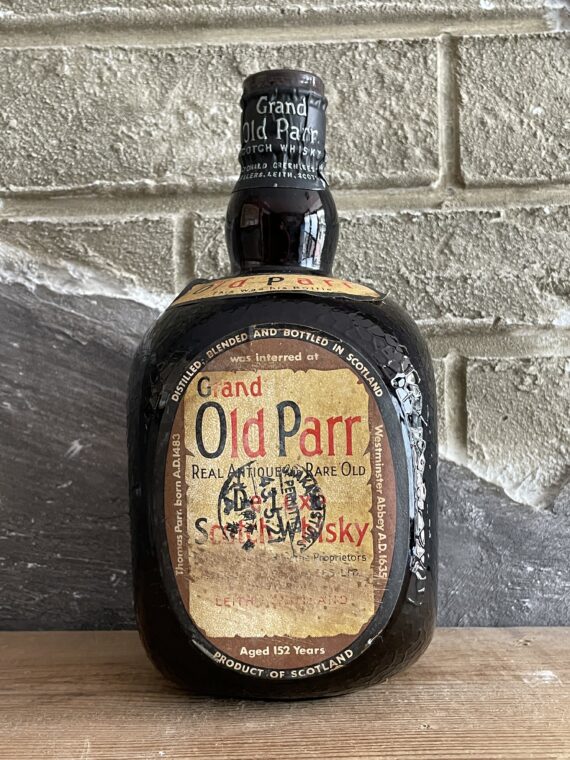 Old Parr was named after the legendary figure of Thomas Parr, said to be England’s longest-lived man, aged 152 when he died in 1635. His long life symbolized the maturity of the whiskies used in the blend, whilst his wisdom represented the skill and knowledge required to produce it. This bottle was produced pre-WWII for the Singaporean market. We assume the bottle felt into Japanese hands after they invaded Singapore in February 1942. The bottle was brought over to Japan and passed Osaka Customs on May 21, 1943 where it remained unopened for 79 years now.

Old Parr was introduced in 1909 by Greenlees Brothers of London and Glasgow. It takes its name from the reputed oldest man in Britain, Old Tom Parr. The name emphasised the maturity of the product. The brand was initially successful in London, before finding popularity in export markets.

Following a series of mergers, Greenlees became a part of MacDonald Greenlees & Williams. In 1925, the company was acquired by Distillers Company, which was acquired by Guinness, which merged in 1997 to form Diageo