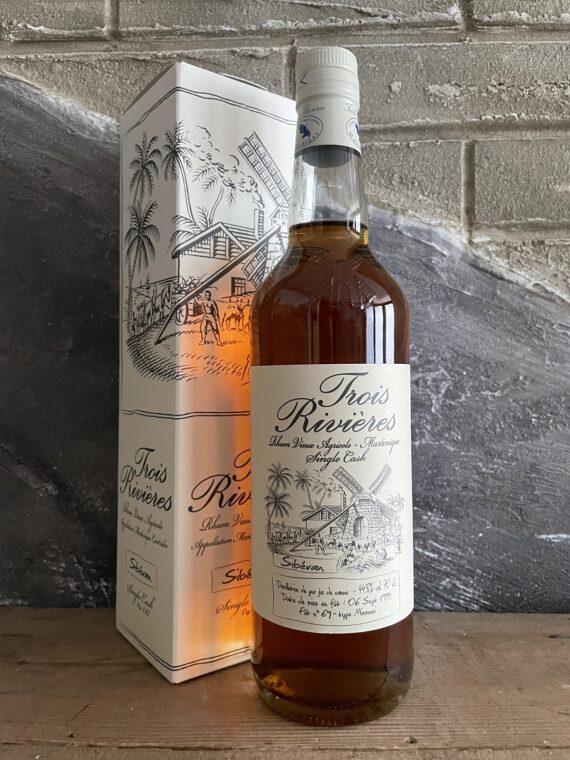 This Trois Rivières Single Cask was distilled in 1999 from cane harvested on Sibéran, one of the distilleries own fields. Aged on Missouri Oak fût 69.

The Trois Rivières originates from the distillery on the estate of the same name, established in 1660 by Nicolas Fouquet. As with many Martinique distilleries, their modern history begins at the end of the 19th century after the sugar industry went into decline. At Trois Rivières it was 1905, and the distillery was modernised by new owner, Amédée Aubéry, an industrialist who halted sugar production on the estate entirely in order to focus on rum. The distillery was further shaped by his son, who in 1940 abandoned the use of molasses in favour of producing the agricole rum it is now world-renowned for. In 1953, the Marraud Grottes family acquired it and moved production of its popular Duquesne rum there until 1974 when the Trois Rivières brand reappeared. Shortly after it passed into the hands of Italy’s Martini & Rossi, who sold it on to the BBS group in 1994. The original Trois Rivières where this was produced was kept open until 2003, but BBS eventually opted to close it down and move its two column stills to their larger La Mauny distillery, where it is produced nowadays under the ownership of Gruppo Campari.