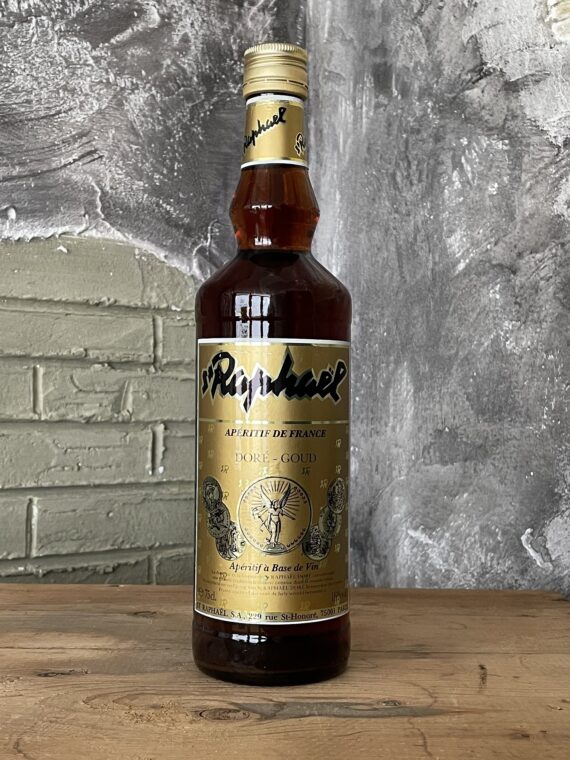 The wonderfully fragrant St. Raphaël Doré, also called Ambré—is based on white wine and includes vanilla amongst other herbs. This is a old version which still contains 16% volume.

According to company history, in 1830 a certain Docteur Juppet worked such long hours night after night to create a tasty quinine-based drink that his eyes began to fail him. Remembering the Bible story in which the archangel Raphael cured Tobias of blindness, he prayed to the saint and was rewarded not only with the recovery of his sight but also with a winning formula that he named for his heavenly helper.

Promising in early ads to “prevent or repair fatigue”, and asserting that “a glass before or after a meal is a patent for a long life,” St Raphael used pictures of cyclists and other sporty types to promote its product. The intense competition among aperitifs resulted in a huge volume of advertising material, from mammoth murals to the many smaller items that fill the flea markets and brocantes today: posters, of course, but also metal plaques, menu holders, ash trays, matchboxes and even fans.

Be the first to review “St. Raphaël Doré” Cancel reply