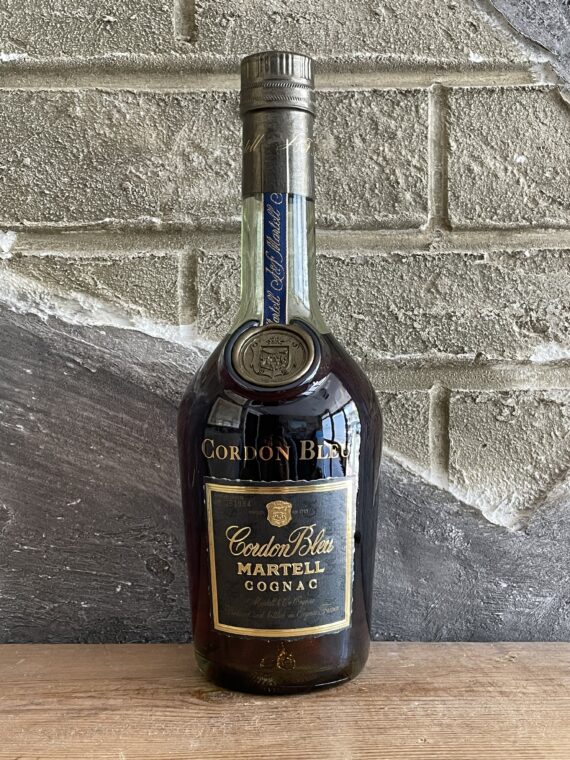 This Martell Cordon Bleu (Blue Ribbon) was released in the 1980’s.

In 1715, Jean Martell, a young merchant originally from Jersey, created his own trading business in Cognac, on the banks of the Charente, and thus founded one of the very first cognac houses. After his death in 1753, his widow and then his two sons and grandson continued this tradition and developed the export business to make Martell the number one in England in 1814.

In 1831, Martell created his first “VSOP” (Very Superior Old Pale) cognac and continued its international expansion. Its fame spread throughout the world, with the first exports to Japan and other Asian markets, such as Indonesia, Vietnam, Malaysia and Korea. Cordon Bleu, created in 1912, is probably Martell’s most famous product.

Be the first to review “Martell Cordon Bleu” Cancel reply