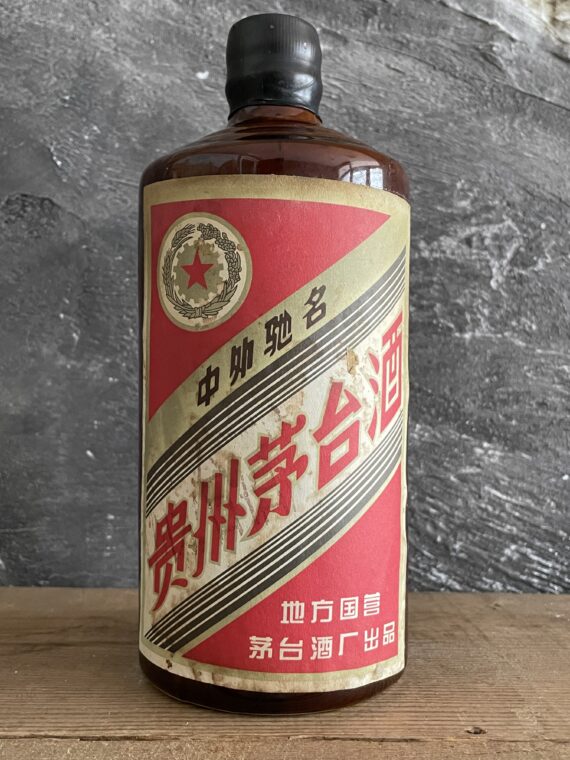 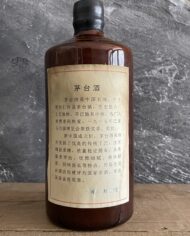 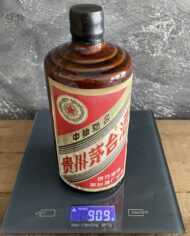 This Moutai was bottled August 27, 1978, in a sauce-glazed earthenware decanter.

In China, Moutai (or Maotai) is known as ‘the national liquor’. It is made from a grain called red sorghum at Kweichow Moutai Co, Ltd, the country’s most famous baijiu (Chinese spirits) distillery. Maotai is served at all Chinese state banquets and often presented as a diplomatic gift.

Moutai is produced in Maotai Town, which is located within Guizhou (Kweichou) Province. Like champagne, only the baijiu  produced in Maotai Town can be called Maotai, and more specifically only the baijiu  produced by Kweichow Moutai Co, Ltd. Other Maotai is called Maotai Town baijiu. Exactly when the first formal liquor production sites in the town of Maotai were established is not known, but one source dates a distilling workshop to 1599 during the Ming dynasty.

In the early 1950s, local government merged Chengyi, Ronghe and Hengxing to establish the state-run Moutai Distillery. Since then, it has undergone multiple expansions.

Today, the share price of Kweichow Moutai Co, Ltd continues to rise. According to a report by Fortune, ‘Maotai baijiu’s fiery flavour and potential to appreciate in price is driving blistering demand. That in turn has pushed its market value to more than $145 billion, well past British whisky giant Diageo Plc.’