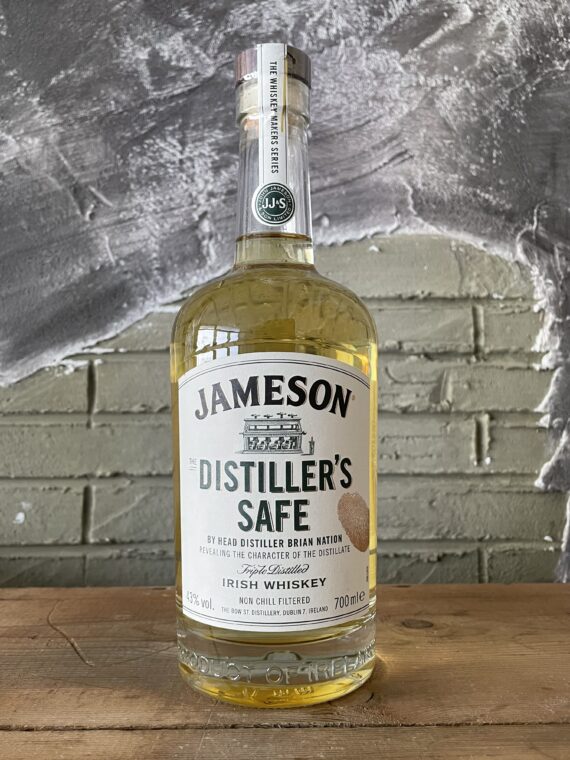 When you’re a master of your trade, you deserve a worthy tribute. Part of the Whiskey Makers Series, The Distiller’s Safe is an Irish Whiskey that celebrates the craft of Head Distiller Brian Nation and his mastery of the Irish pot still. It also represents his command of the distiller’s safe, which allows him to confirm the quality of what’s inside the pot still, without having to open it.

The company was founded in 1780 when John Jameson established the Bow Street Distillery in Dublin. Jameson was Scottish, a lawyer from Alloa who had married Margaret Haig, a sister of the brothers who founded the main Haig firms, and related to the Steins, a Scottish distilling family with interests in Dublin. In 1780 the Bow Street Distillery was producing about 30,000 gallons annually. By the turn of the 19th century, it was the second largest producer in Ireland and one of the largest in the world, producing 1,000,000 gallons annually. Dublin at the time was the centre of world whiskey production. It was the second most popular spirit in the world after rum and internationally Jameson had by 1805 become the world’s number one whiskey.

Originally one of the six main Dublin Whiskeys, Jameson is now distilled in Cork. The old Jameson Distillery now serves as a museum.