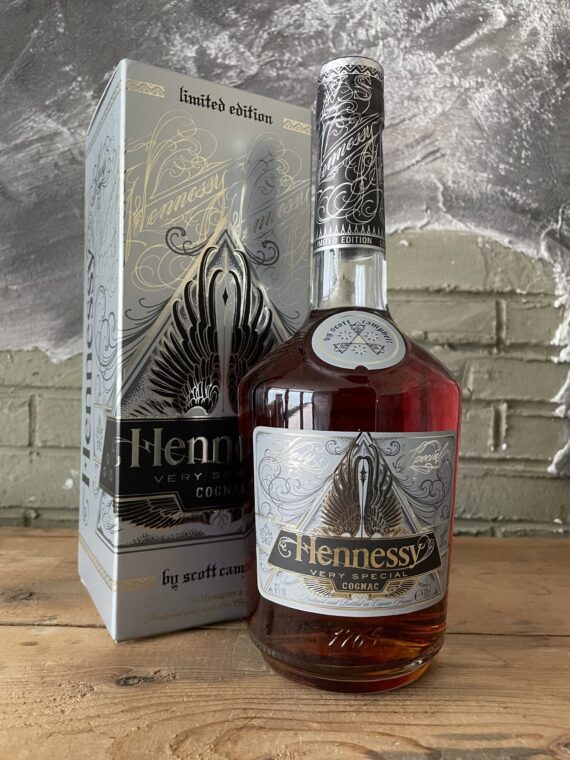 The Hennessy 2016 Limited Edition release is the sixth in an ongoing series between Hennessy V.S and internationally renowned artists, including Ryan McGinness, Shepard Fairey, Os Gemêos, Futura, and KAWS.

Campbell found inspiration for the 2016 Hennessy V.S Limited Edition bottle when traveling to Cognac, France, to get a feeling for the Maison’s history and creative process. In Cognac, he found an unexpected harmony between Hennessy and his own art. “Between the earth, the sun and the grapes, there’s an unpredictable subtlety that goes into crafting Cognac. The use of human touch to create Hennessy parallels my own art, creating a character and taking on a life of its own”

Hennessy was founded in 1765 by Irishman Richard Hennessy, Captain in the French Army. It took Hennessy just a few years to dominate the market and actually they have never lost their leading position since. Hennessy was the first producer which came with a Extra Old (XO) and they also invented the star-ranking system. In 1971 Hennessy merched with Moët et Chandon forming Moët-Hennessy. After their 1987 merger with Louis Vuton the newly formed company LVMH became one of the largest conglomerates in luxury products. One year later, in 1988, Bernard Arnault purchased a share of LVMH and eventually became the new owner of Hennessy, still world’s largest producer of Cognac.