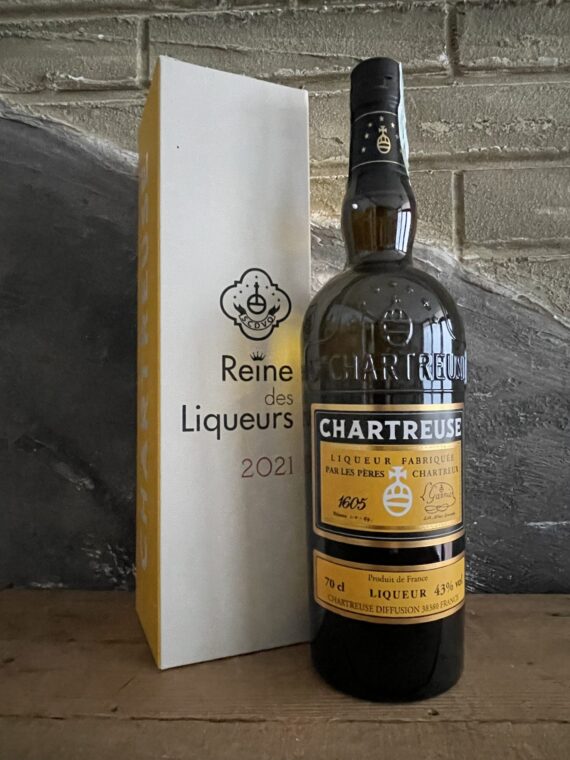 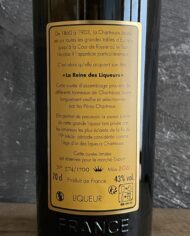 This special release of Yellow Chartreuse celebrates its 19th-century nickname as ‘the Queen of liqueurs’. A limited release of 1,700 bottles, this has been released at the pre-1973 strength of 43%.

Chartreuse is the name of a liqueur made by the Carthusian monks. Production of Chartreuse started in 1737 with a Elixir Végétal. Chartreuse is based upon a recipe from 1605 which was given to the monks by François Annibal d’Estrées, named after the Monks’ Grande Chartreuse monastery, located in the Chartreuse Mountains in the region of Grenoble, and produced in a distillery in the nearby town of Voiron.

In 1793, four years after the revolution, the monks where expelled from France due to which production was seized. Several years later they where allowed to return to their monastry and production once again started.

In 1903 the monks oncemore where forced to leave their homestead after the French government confiscated their property and assets. The monks left for the Spanish town Tarragona where production was continued under a additional label which said Liqueur fabriquée à Tarragone par les Pères Chartreux (“liquor manufactured in Tarragona by the Carthusian Fathers”).

In 1927 the French government stopped trying to produce and sell their version of Chartreuse which enabled a group of local businessman to purchase all shares of the bancrupt production company. Shares where returned to the monks and production in Fourvoirie resumed in 1929. After a earthquack in 1935 production was transfered to Voiron where production resumed until 2017 in which year the distillery moved from Voiron to nearby Aiguenoire.