Camus ‘The Discovery of America’ 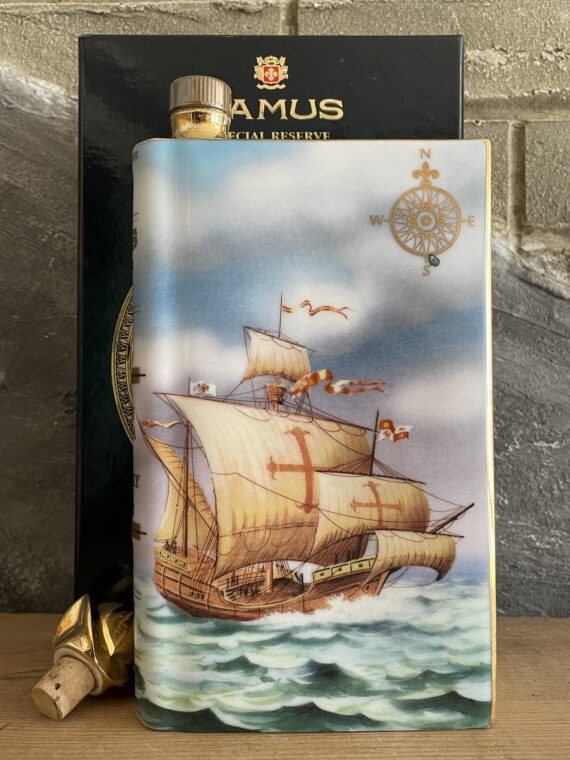 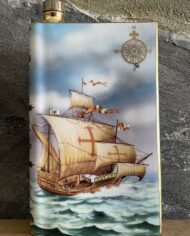 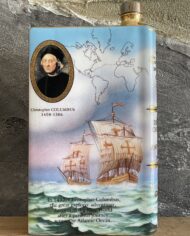 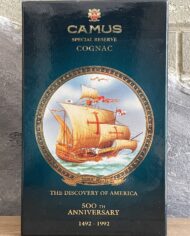 This Camus Special Reserve was released in 1992 in honor of the 500 years passed since Christoffer Columbus discovered America, or actually the Bahama’s where he set foot on wall first. Depicted is the Santa Maria, flagship of the small armada of 3 vessels.

In 1863 Jean-Baptiste Camus founded a collective of producers to create the highest-quality Cognac, called ‘La Grande Marque’. As development was very positive and business was flourishing, Jean-Baptiste decided to buy out his partners and establish his own independent Cognac house, which he named Camus La Grande Marque. After his death, his two songs Edmond and Gaston Camus took over the running of the company in 1894. Edmond then acted as Cellar Master while the younger brother Gaston looked after the export business. Gaston’s travels brought great success; he even received an order from the Court of the last Tsar of Russia, Nicolas II, to supply them with fine spirits.

Following the two brothers was Michel Camus, yet another clever business mind. He attacked the international market even more aggressively, seeing a huge potential in the growing duty-free market. Michel approached the American group Duty Free and got a deal with them in the early 1960’s, delivering a variety of products, including luxury decanters made from Limoges porcelain and Baccarat Crystal. In 1977, his son Jean-Paul Camus joined the company as Master Blender. Jean-Paul furthered the duty-free business that his father introduced to the Asia-Pacific region, notably to Japan and Korea, firmly establishing Camus as one of the five leading Cognac houses at the time.