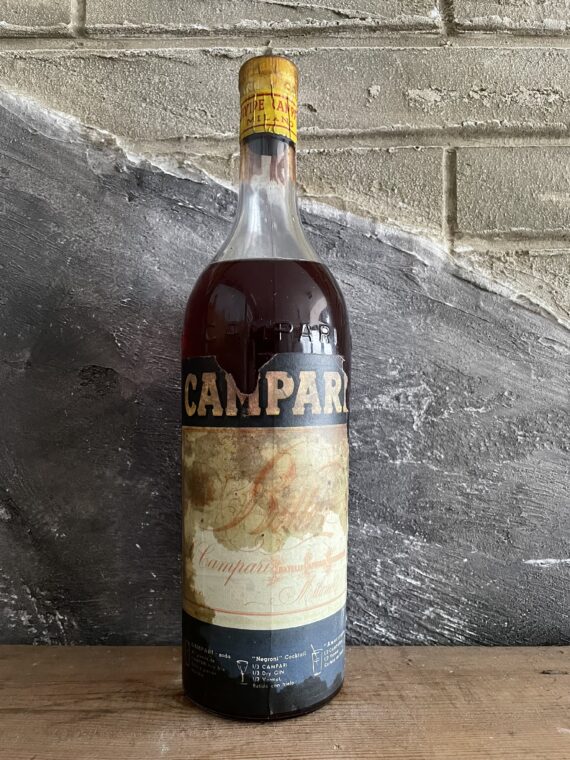 Campari Bitter is arguably the most sought after bitter on the market, this one was bottled in the 1960’s.

Campari was invented in 1860 by Gaspare Campari in Novara, Italy. It was originally coloured with carmine dye, derived from crushed cochineal insects, which gave the drink its distinctive red colour. It took Gruppo Campari till 2006 before the use of carmine in its production was ceased.

Under the direction of Davide Campari, Gaspare’s son, the company began to export the beverage, first to Nice in the heart of the French Riviera, then overseas. The Campari brand is now distributed in over 190 countries.

Be the first to review “Campari Bitter” Cancel reply