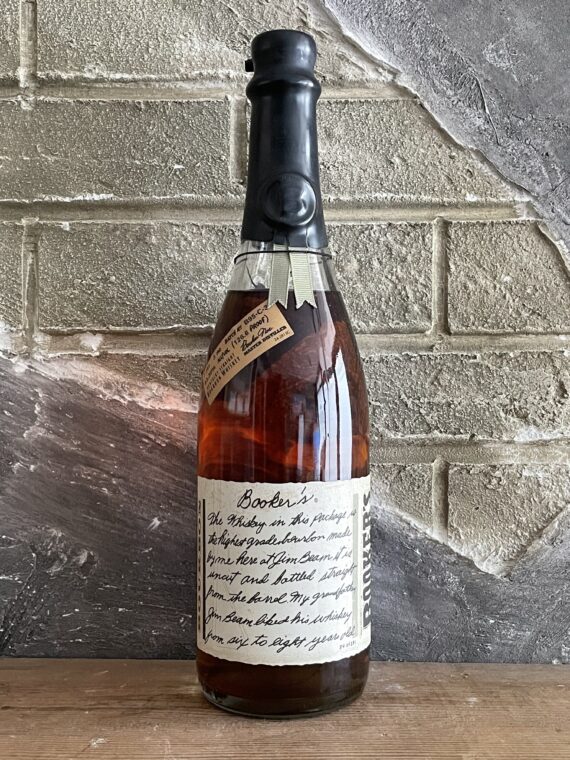 This Booker’s True Barrel Bourbon, aged for 7 years and 9 months, was distilled March 31, 1995 at the Clermont Distillery.

Booker was a sixth-generation master distiller who grew up at a distillery in the heart of Kentucky. He was born to bourbon. While others rejoiced to drink bourbon at age 21, Booker was thrilled to start making the stuff.

In 1992, Booker introduced the world to small batch bourbon. He actually coined the term “small batch.” With it came his own signature bourbon, Booker’s True Barrel Bourbon. Inspired by a 200-year-old tradition, Booker’s is bottled uncut and unfiltered.

Each bottle is codes, this is how it works:

Bottles put into barrel from 1987 to 2007: Follows a similar coding methodology, but changes the order to distillery code immediately followed by the year – month – day.

Around 2014, Booker’s changed their batch numbers to recognize bottling date rather than distilling date. Prior to this, numerous releases, bottled at different dates and at different proofs frequently had the same batch number because they were put into barrels at the same time. Starting in 2015, though the format is unchanged, the batch code no longer refers to the year and month, but rather the year and release number for that year. Through 2015 Booker’s released a batch every 2 months, but beginning in 2016, moved to a release only once every 3 months