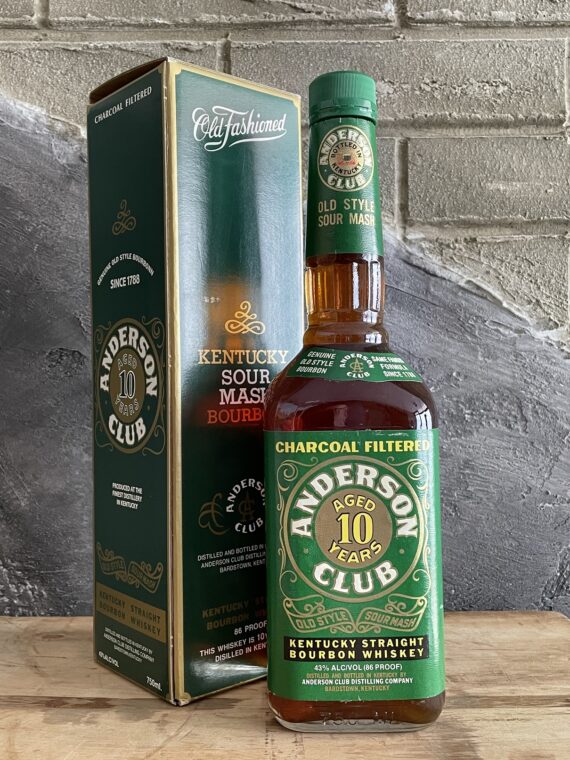 Anderson Club 10 Year Old Kentucky Straight Bourbon Whiskey is a charcoal filtered Whiskey that was distilled at the old Heaven Hill distillery in Bardstown, before it burned to the ground. A rare and aged bourbon that was exported to Japan in the 1990s. Charcoal filtering is more regularly done by Tennessee whiskeys, like Jack Daniel’s, making this an oddity for Kentucky whiskey.

1 in stock (can be backordered)